A $9.5M business investment and government partnership to provide an alternative for managing Auckland’s commercial and industrial waste is ready to roll, despite Green Gorilla postponing its official opening to slow spread of Covid-19.
A state-of-the-art waste processing facility that is expected to divert over 30,000 tonnes per year of waste created by Auckland businesses – about the weight of 163 jumbo jets – from landfill, is ready for action on what was once a landfill site in Onehunga.

The $9.5M facility uses a series of augers, screens, density separators, eddy currents and optical sorters to separate different types of waste for reuse.
It is the largest in New Zealand and has been installed by privately-owned waste minimisation company Green Gorilla with a $3.1M contribution from the Ministry for the Environment’s Waste Minimisation Fund.

The new facility has the potential to decrease the environmental impact of thousands of Auckland businesses, as well as reduce their requirement to sort their own recycling onsite. Green Gorilla Chief Executive Officer Elaine Morgan says the processing facility will be a gamechanger for Auckland’s commercial waste producers and the company is preparing for additional growth, despite the anticipated economic downturn related to Covid-19.

“We are offering businesses an alternative to landfill and making it easier for them to achieve their diversion and sustainability goals. Even for those organisations that are already doing a great job with their waste and recycling, we’re giving them the ability to do better,” she says.

With Auckland businesses heading into uncertain economic times, Elaine says a reduction in the waste they create could not be ruled out. “As consumer patterns and behaviours change there will also be a change in the type of waste and where it comes from – however, we still expect a steady stream to be processed through our new recycling plant. We are now focused on planning for business continuity while prioritising keeping our staff and customers safe,” she says.

The official opening of the Commercial and Industrial Waste Processing Facility by Associate Minister for the Environment Hon Eugenie Sage and Auckland Mayor Hon Phil Goff was set to take place at 8.30 am Tuesday morning at Green Gorilla’s 2.7 ha facility in Onehunga’s Victoria Street.

Elaine says that although they could take measures to limit guests to 100, the company takes social responsibility seriously. “Green Gorilla is committed to actioning policies and procedures that will limit the impact of COVID-19 on our team, customers, suppliers, visitors and the community at large.”

Background
For a decade, Kiwi recycling and waste company Green Gorilla has been disrupting the waste service sector and has had a big impact on the diversion of waste for the construction sector. This latest electric handling and processing line sits alongside its construction and demolition line and aims to recover and recycle up to 40% of waste from commercial businesses that would previously have gone straight to landfill.

Green Gorilla has played a significant role in minimising Auckland’s waste since its inception in 2010. The company’s Onehunga plant is already home to a construction and demolition processing facility, which opened in 2012 and diverts more than 75% of incoming construction and demolition waste from Auckland’s landfills. It also manages a wood-chipping operation which turns treated wood into biofuel and untreated wood into landscaping chip and animal bedding, plus a plasterboard processing plant which successfully separates gypsum for use in the horticultural and agricultural sectors.

Providing Auckland enterprises with an alternative approach to waste management is a task Green Gorilla is well qualified for. Major Shareholder Graeme Bowkett was the founding director and CEO of Waste Management NZ Ltd and Pacific Region Operations Vice President for Waste Management Inc(USA) and Waste Management PLC (International). A pioneer in the development of advanced technology collection systems, he is supported by a management team who collectively offer over 180 years of waste services industry experience.

“This company was launched with the aim of maximising recovery, reuse and recycling of commercial, construction and industrial waste, otherwise destined for landfill,” says Bowkett. “Waste minimisation is a philosophy we are utterly committed to.”

Making Green Gorilla even more unique, unlike major competitors, they don’t own or operate a landfill. In fact, it’s quite the opposite. Green Gorilla is breathing new life into what was once an Onehunga landfill site.

“Our site sits on the former Galway Street Landfill which was filled between 1950 and 1978. We are proud to play a part in its regeneration by turning a 2.7 ha portion of it into New Zealand’s largest waste
processing facility where over 150,000 tonnes of waste per annum is delivered, and approximately 50 per cent is diverted from Auckland’s landfills,” Morgan says.

With the integration of the new commercial and industrial waste processing facility that figure will increase, further cementing Green Gorilla’s place as New Zealand’s leader in sustainable waste management. 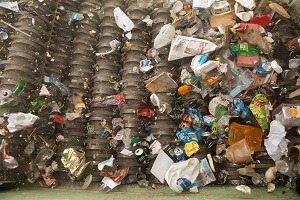 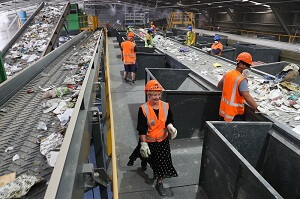 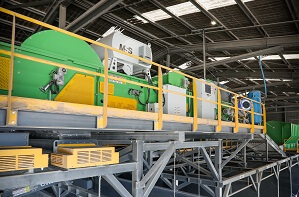